Email: hickoryuwcd@yahoo.com (To email directors, put director's name or precinct number in the subject line of the email)

The District was created by an order of the Texas Water Commission on June 9, 1982, and organized under the terms and provisions of Article XVI, Section 59 of the Texas Constitution and Chapters 35 and 36 of the Texas Watder Code. We were formed to "formulate, promulgate, and enforce rules and regulations for the purpose of conserving, preserving, prevention of waste, protecting, and recharging" the waters of all aquifers within the District boundaries. In short, our mission is to protect your groundwater.

District Boundaries can be seen in greater detail here on our interactive boundary map.

We cover approximately 1.7 million acres over an stretch that includes all of Mason County and portions of McCulloch, San Saba, Concho, Menard, and Kimble Counties. The elected board is comprised of five directors. 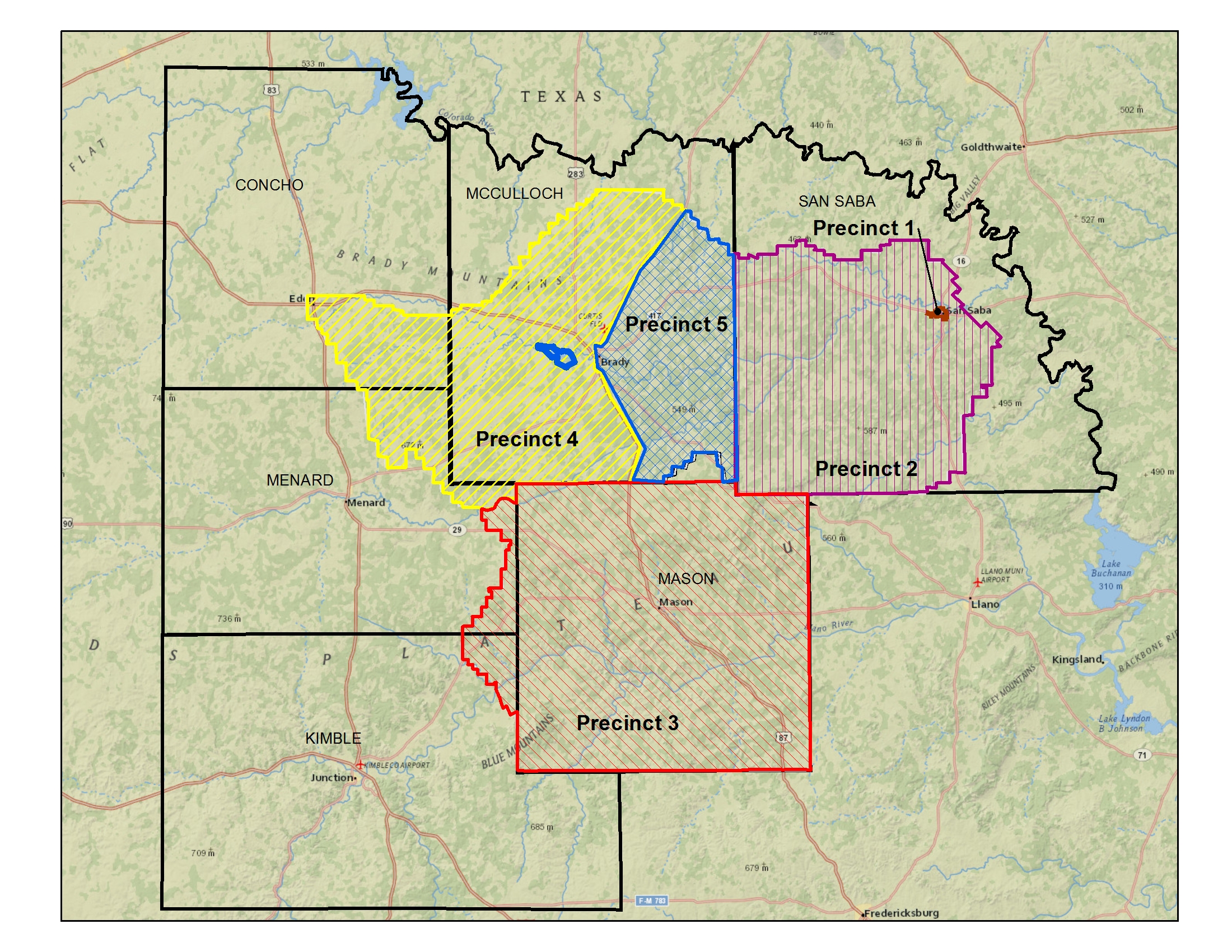 During election years, application to file for place on ballot can be found here:

In order to file for a place on the ballot, you must be a resident of the precint to which s/he is seeking election.

Sec. 36.051. BOARD OF DIRECTORS. (a) The governing body of a district is the board of directors, which shall consist of not fewer than five and not more than 11 directors elected for four-year terms. The number of directors may be changed as determined by the board when territory is annexed by the district.

(b) A member of a governing body of another political subdivision is ineligible for appointment or election as a director. A director is disqualified and vacates the office of director if the director is appointed or elected as a member of the governing body of another political subdivision. This subsection does not apply to any district with a population less than 50,000.

(c) Vacancies in the office of director shall be filled by appointment of the board. If the vacant office is not scheduled for election for longer than two years at the time of the appointment, the board shall order an election for the unexpired term to be held as part of the next regularly scheduled director's election. The appointed director's term shall end on qualification of the director elected at that election.

(d) In a district with a population of less than 50,000, the common law doctrine of incompatibility does not disqualify:

(1) a member of the governing body or officer of another political subdivision other than a municipality or county from serving as a director of the district; or

(2) a director of the district from serving as a member of the governing body or officer of another political subdivision other than a municipality or county.